Resource Center > Flirting With the Worst of Intent(ions)

Resource Center > Flirting With the Worst of Intent(ions) 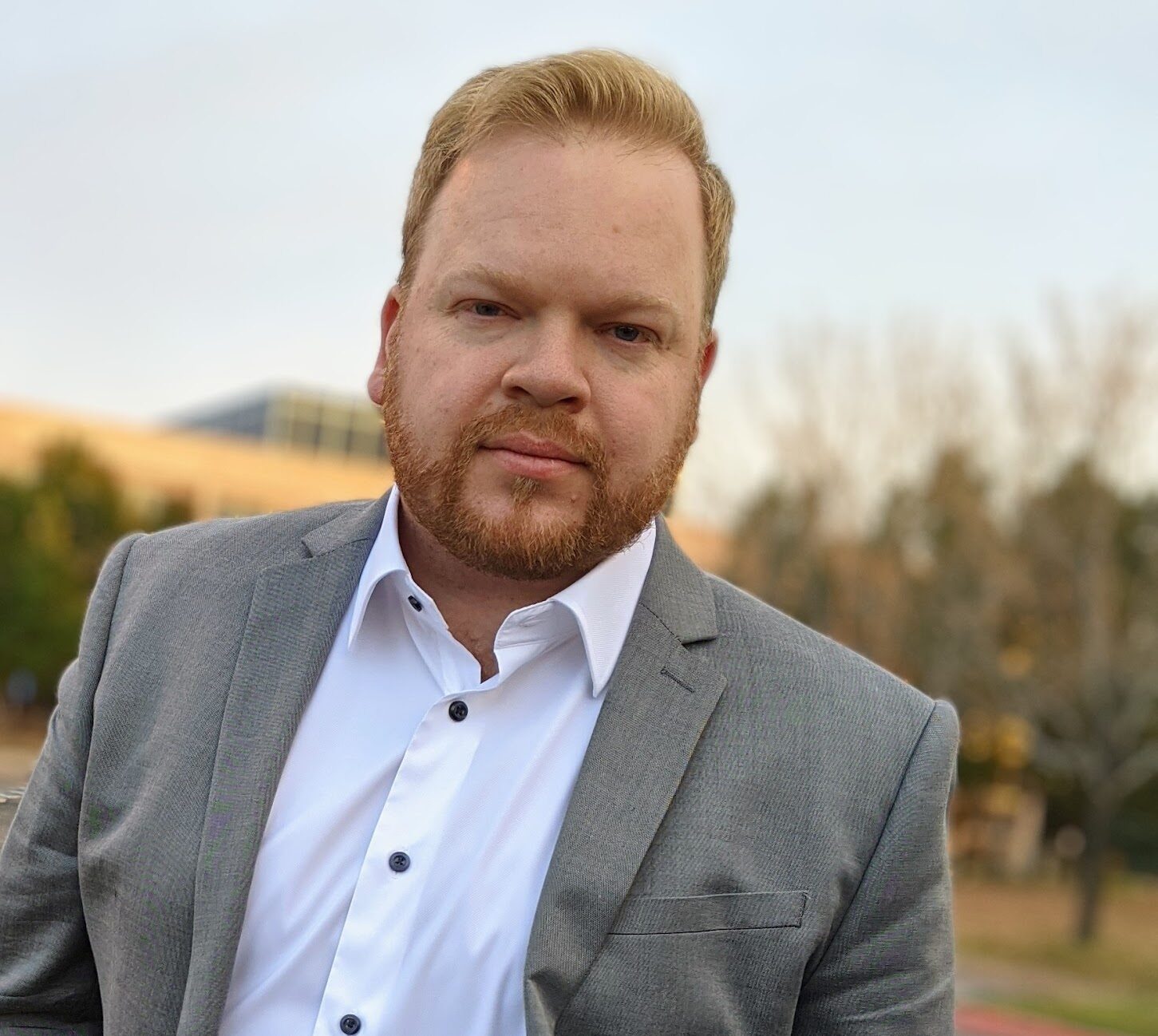 As Director of RevOps Strategy, Aaron supports ID client’s by integrating cutting-edge technology to conquer the biggest revenue challenges. His experience as an entrepreneur and as a senior marketing, sales, and operations leader allows him to connect with and understand the challenges faced by executives in high-growth companies.

I hear your groans. Dating on dating apps can be miserable. But these apps minimized the friction of matching in the dating “marketplace”… for better and for worse (okay, okay… please forgive the metaphor).

And as a revenue growth consultant, I’m pretty convinced that intent data is essentially the Tinder of revenue growth. And the same human experiences that have made dating apps so skeezy can also make you a total creeper in your prospect’s inbox.

First, what is B2B intent data? (A crash course)

B2C marketers have been operationalizing consumer intent for years (they usually call it “interest”)… and they are damn good at it! Simply mention “new boots” in conversation and you get bombarded with boot ads.

Unfortunately, B2C ad platform interest targeting doesn’t help B2B marketers much. One reason is that B2C interest data is largely transactional, while B2B intent data is aggregational. If you “show interest” in a new pair of boots, you’re at least somewhat likely to buy a pair of boots within the next 24 hours (maybe even before you put your device down). That simply doesn’t happen for complex B2B sales.

Another reason that B2C interest targeting is mostly irrelevant to B2B is that most B2B purchasing decisions are made by a buying committee (often with 11+ people), not just the one person who showed interest. And while it is certainly valuable to deliver ads to that one person, this targeting is too narrow (and often too low in the organization) to materially influence the many buying decisions. You need to engage with the entire buying committee.

So B2B intent data providers have solved this problem by collecting data from 3rd party partners to map myriad engagement signals to specific “topics”… and then aggregating these signals by account (company) using reverse IP lookup (and other tricks), instead of by person (contact). And that engagement is compared to that account’s average engagement with a given topic – so it’s not just that an account engaged with content about a certain type of solution, it’s that they engaged more than they normally do. When that happens, it’s called a “spike” for that given topic.

And then you are given a list of accounts that have spiked on topics relevant to your solution. From there, your SDR team can identify and engage with appropriate buying committee members at the accounts with spiking intent. In theory, this means that your SDRs waste less time pursuing accounts that aren’t in-market… and your customer success team doesn’t have to guess which current clients are researching your competitors… and you know what’s most interesting to your named/strategic accounts.

Pretty cool… but it’s easy to mess up by being too eager and creepy.

The beauty of a dating app is that you can be reasonably certain that almost everybody on the app is looking for a connection of some sort. Various data points help the app and its users determine a match’s amorous “intent.” Are they looking for somebody who will be buried next to them in 70 years… or somebody who will graciously forget their phone number in the morning?

The key here is that – if you’re on the right app with the right settings – you can assume that your dating match is “in market” for what you are “offering.” Which allows you to be more direct than you would normally be with your “total addressable market” (i.e. every eligible singleton you run into at the grocery store, gym, bar, etc).

BUT… that’s where the skeezyness creeps in. Simply because you reasonably can make an assumption about a person looking for love, some users get too aggressive when they “pitch their offer.” And the same can happen with sales prospects found with intent data.

Sending an unsolicited feature comparison chart to somebody, just because their company showed up on your intent spike report, is the equivalent of sending a “u up” message as your opening salvo. (Hot take: don’t do either.)

Conversely, being too soft and timid will get you ignored in intent-based sales, just like dating. Taking a sales prospect with spiking intent and enrolling them into a weekly, top-of-funnel content nurture cadence is the equivalent of spending four weeks sending sporadic and boring “hey” texts to that perfect dating match. It may not upset them… but it definitely won’t get you the date… err, deal.

How to win without being creepy

So if you can’t send feature charts or timid nurture sequences to your sales prospects, what does work in starting productive conversations with in-market decision-makers that lead to more efficient opportunities?

That’s more of an art than a science. But, like any art, there are rules that can guide us. Here are five rules that apply just as much to selling with intent data as they do to dating on dating apps.

Nobody cares about you.

Just because your sales prospect is in-market for what you are offering, doesn’t mean they want you to talk about your offer (or yourself).

BIG TIP: Observations are gold! One of my sales development heroes, Becc Holland, suggests “five premise buckets” that allow you to structure any interaction with a prospect around something personal and relevant to them. Once you’ve done that, you then transition to what you want from the interaction. Great premises include quotes from blog posts your prospect has written, comments they’ve made on others’ posts, successes they highlight from previous jobs, and more… all ripe for finding a personal connection to call out as a premise for reaching out.

Love isn’t a logical thing… and neither is buying (even for enterprise B2B decision makers). Even when you know what you are looking for, your decision is still driven, at least in part, by emotion.

Find ways to authentically reflect back to them what they are passionate about. You can make them laugh… get them to associate with their biggest pains / fears / ambitions… create rapport and connection… generate “tribal feelings” of belonging.

Emotion breeds motion, and there are many ways to introduce emotion into your communication. But for now, try talking about why instead of how – why they are in-market, not how you will solve their problem (not just yet, anyway).

It’s cliche to say things like, “pitching on the first call is like proposing to the new girl at the bar.” But it’s cliche because it’s true and oft-ignored. You have to warm up your sales prospects by matching their pace, escalating ever-so-slightly, and testing the waters subtly. Don’t tell them all about you or your product, even though you know they are in-market for it – wait until they show enough interest in you first.

Look for ways to test for moderately deeper interest and commitment levels, by building on your current conversation. You can share things that reminded you of a previous conversation (i.e., “check out this study from Gartner”). Keep escalating until their interest level suggests they would be excited (or at least warmly open) to a live meeting.

One surprising word of warning: keep the questions to an appropriate minimum early in the process (I know, I just made some sales trainers cringe). Show that you are curious and care, of course… but make it feel like a natural and genuine conversation, not an interrogation. They have interest in solving the pain that you solve, but they need a pretty high level of interest/trust in you before they’ll answer your questions honestly anyway.

A lack of standards is a turn off to sales prospects, just as it might be to a dating match. You want to be clear with your prospect that you are interested in them because they are a great match for what you offer… not just because they have a pulse and a budget.

You should define a clear ideal client profile (ICP) that defines your dream client. And if you are deploying account-based experiences (ABX), then your target account list (TAL) should be built with ICP-fit companies. But even that doesn’t guarantee that every opportunity is a winner.

You should define disqualifying criteria, as well. For accounts that meet that DQ criteria, it just doesn’t make sense to do business with them… so you shouldn’t. And you should make clear from the beginning that you are evaluating your prospects while they evaluate you, and you both have to agree to work together.

Obviously, disqualification will help you avoid painful client relationships six months from now, which probably has a net positive impact on your profitability. But I’ve also seen the risk of disqualification cause skeptical prospects to do a 180-degree turn and beg to work together – where they pledge to make any changes necessary to make it a powerful partnership. And isn’t that the kind of client you want?

So don’t be desperate. When they aren’t a good fit for you, say so and walk away. (Just don’t ghost them!) Your profitability will thank you in the end, I promise!

Rule 5: Have a tripwire built in

While you can’t rush in and pitch your offer on day one, you also can’t wait so long that you lose your window of opportunity. Just like on dating apps, one day your prospect will be your biggest fan… and a week later they’ll be swooning over somebody else. You need to strike while the iron is hot, but how do you know when it’s hot?

The easiest way to know is when they tell you… even if a bit subtly. Your sales prospect may not outright say they want to buy now, but they might drop hints, like asking, “how easy is this for our customer service team to use” or “how do you integrate with our ERP?” (Notice the keyword “our” in both questions, indicating a personalization of your solution.) Or you can drop weather balloons, like being curious about “how your customer service team works with new technology” – less as an interrogation and more as a passing curiosity about their specific situation, where you watch for language clues that they’ve envisioned your product at their company in their mind’s eye. All of this assumes a future relationship, and opens the door for a brass tacks sales conversation or demo.

In addition to watching for language clues, you might also use content tripwires, lead scoring, or other signals to know when a specific person is ready to “take things to the next level” in your sales relationship. But just make sure these are tuned to actual buying intent (like downloading a comparison chart) not just random engagement (downloaded a top-of-funnel ebook).

Okay… but don’t be weird

In reality, you’ll probably have a lot more signals and triggers built into your sales funnel than you will in your dating funnel. But intent data and dating apps both provide ways to reduce the uncertainty and put you in front of people open to your offer, in their respective marketplaces. And both make it too easy to abuse that power.

So just remember: while your prospect may be already in-market for your kind of solution, and you see the intent signals, you still probably can’t go for the sale right away. Follow these five rules to get to the sale without being creepy.

Just like in dating, keep the spice alive by flirting with a little mystery that keeps them on their toes.